Over time I have written a number of songs. I will continue to add them to this blog so, please, keep coming back to see what's new.

All Things Bright and Beautiful

This is the third hymn I’ve arranged whose text was written by Cecil Frances Alexander.  My first was There is a Green Hill Far Away, then He Is Risen, and now this.  For that reason I have decided to take a closer look and focus in on the author.

Born in Dublin, Ireland in 1818, Cecil Frances Alexander was the third child of John and Elizabeth Humphreys.  John noticed that his timid daughter showed an interest in poetry and writing at an early age, which he encouraged.  I wonder if he had any idea that his shy little girl would within a few years be known throughout the British Empire and would in her lifetime publish more than 400 hymn texts.

Cecil, or “Fanny” as she was known to family and friends, was influenced in religion by the Oxford movement.  Some of her hymns were elaborate in character, but it was in writing for a younger audience that her talent shined brightest.  Her most enduring hymns were written to help children understand Bible truths. In 1848 she published Hymns for Little Children, which included some of her most famous such as All Things Bright and Beautiful, Once in Royal David’s City, and There is a Green Hill Far Away.  Her hope was that all children might have the opportunity to hear and absorb basic Christian doctrines. 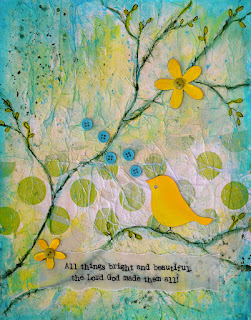 During her lifetime, Fanny was known for her devotion to the poor, the deaf, and the sick.  The proceeds of her publications were often donated to charities enriching the lives of disadvantaged children and those with physical challenges.

In 1850, Fanny married William Alexander, an Irish cleric in the Church of Ireland.   He went on to become a bishop, archbishop, and finally primate for all Ireland.  Together they had four children.  Her husband wrote of her, “From one poor home to another she went.  Christ was ever with her, and in her, all felt her influence.” 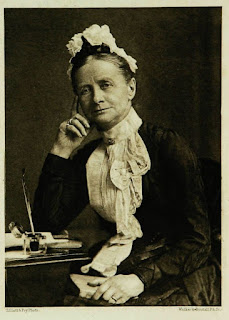 According to Duncan Campbell, Mrs. Alexander was deaf to applause, but when someone wrote to tell of a great change in heart and life that had come to a worldly man through hearing one of her hymns sung, she sprang from her chair exclaiming, “Thank God! I do like to hear that.” Those, however, who knew her best felt that, beautiful as her hymns were, her life was more beautiful still.

She was compassionate, gifted, humble and hardworking.  She invested her life in loving, teaching and caring for others.  I would love to have known her in this life, yet in a way I feel that I already do.  Cecil Frances Alexander, you’re my hero!!

Email ThisBlogThis!Share to TwitterShare to FacebookShare to Pinterest
Labels: All Things Bright and Beautiful

Terri's other music - by Category

Terri's other music - in Alphabetical Order